1-2 Battles of Ichi-no-tani and Yashima, from the Tale of the Heike 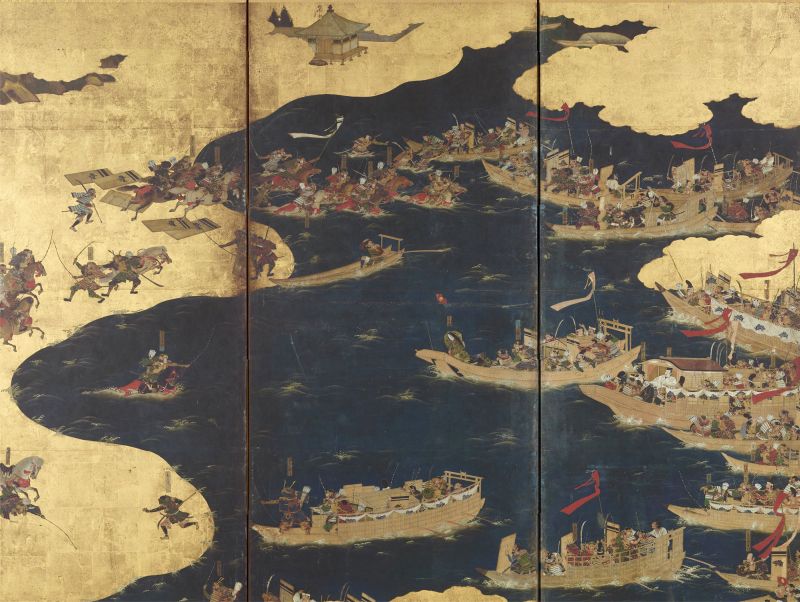 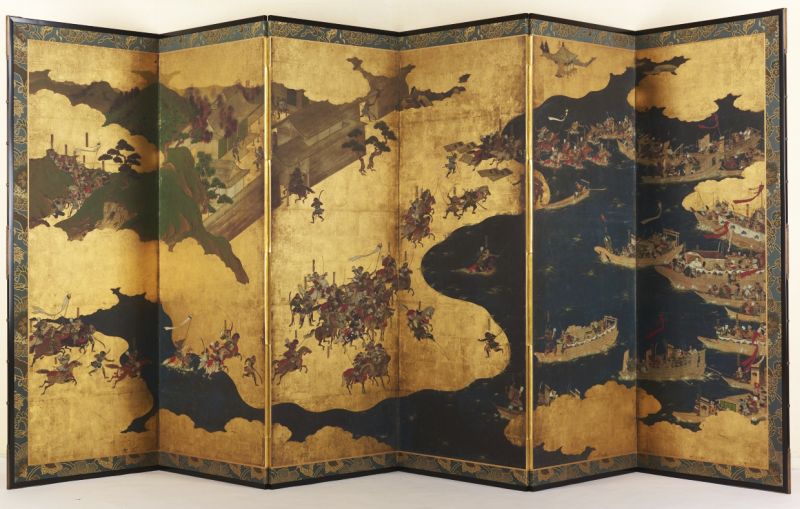 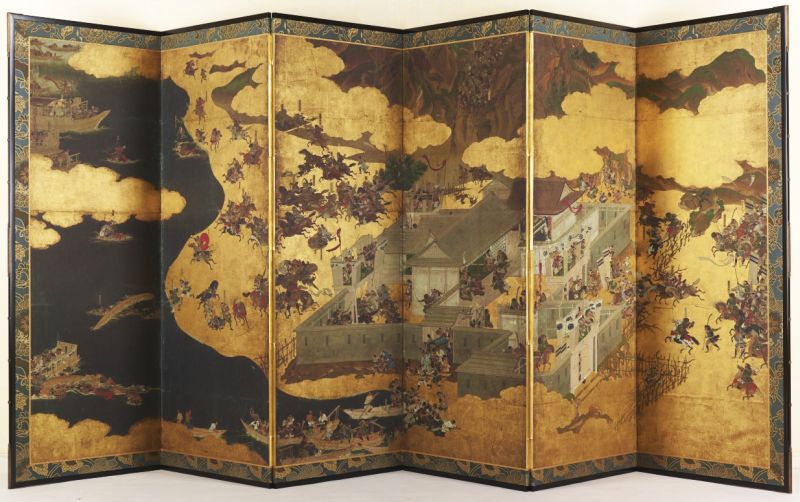 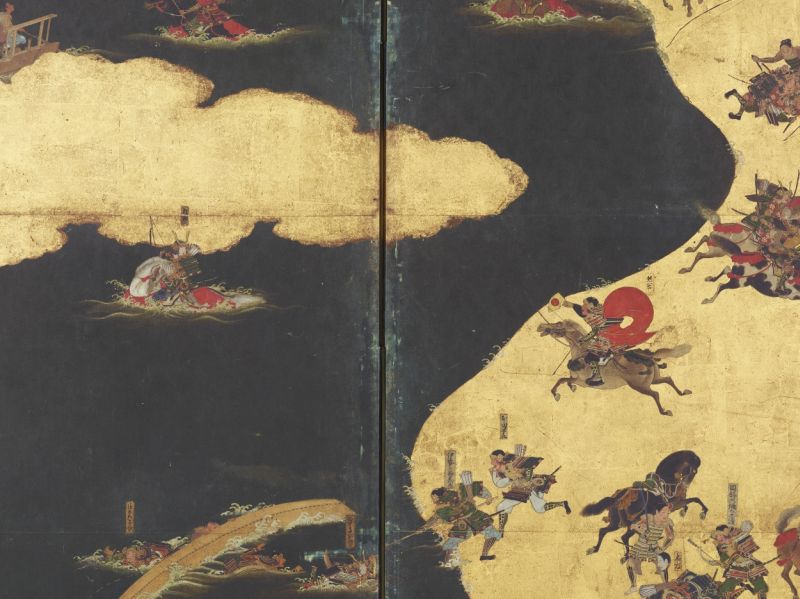 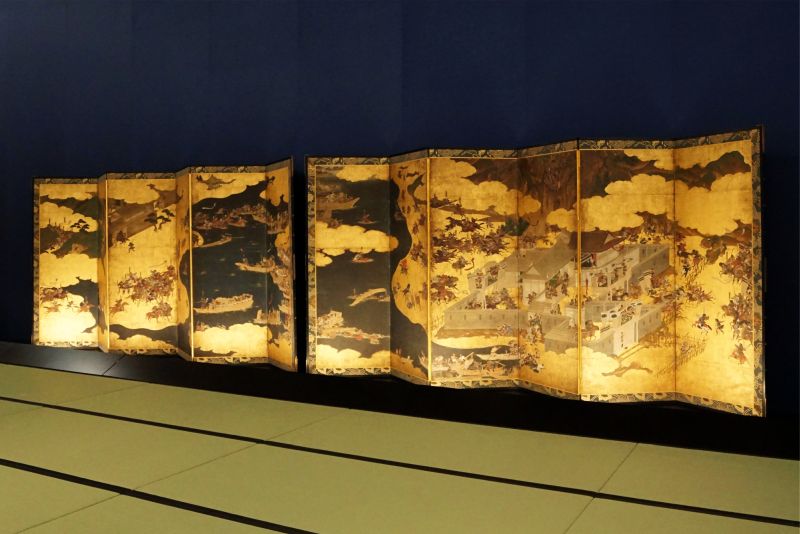 The Tale of the Heike recounts the glory and fall of the Taira clan, who seized power in the late Heian period, around the 12th century. It was compiled during the Kamakura period (1192–1333), and the story became widely known across the country through storytelling by itinerant priests who recited the story while accompanying themselves on the lute. A number of folding screens on the theme of The Tale of the Heike were created between the 16th and mid-17th century, from the late Muromachi to the early Edo period in Japan. The original screen paintings of these high-resolution facsimiles were depicted in the first half of the 17th century. Although the artist is unknown, the vigorous composition and detailed depictions suggest the pair to be the work of a prominent painter.