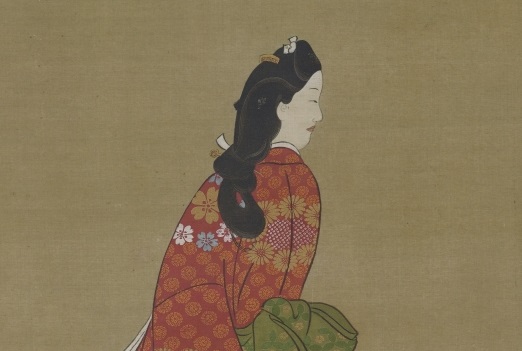 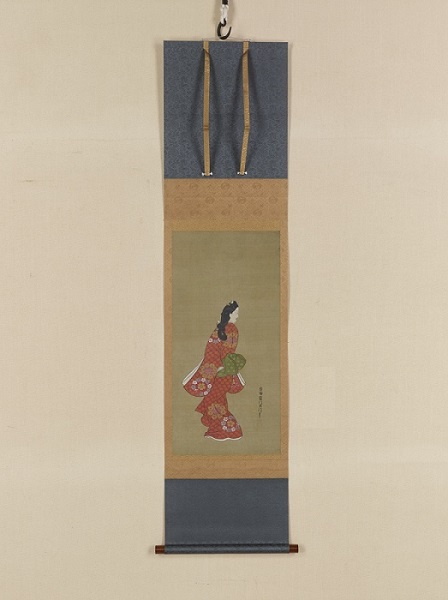 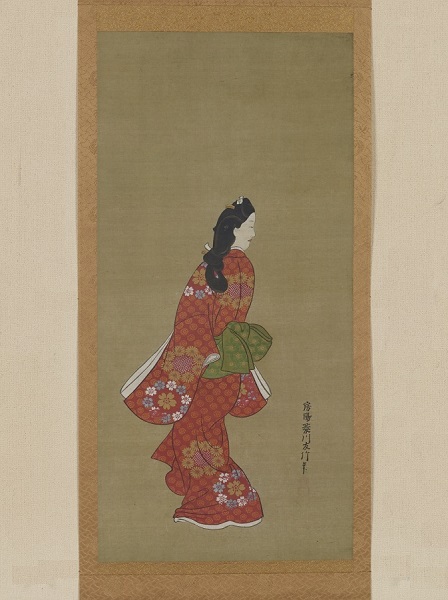 This shows a beautiful woman wearing a red garment, and caught in the moment of looking back. Hailing from Boyo, part of modern-day Chiba Prefecture, Moronobu was originally skilled at nuihaku, a method of combining embroidery and metallic leaf, to create detailed and vivid garments. Moronobu was admired for his beauty paintings, which were said to represent the true Edo (Tokyo) women. This painting's signature Yuchiku, was the nom de plume Moronobu used in his later years.