The area in and around the Kyoto city (Funaki-version) 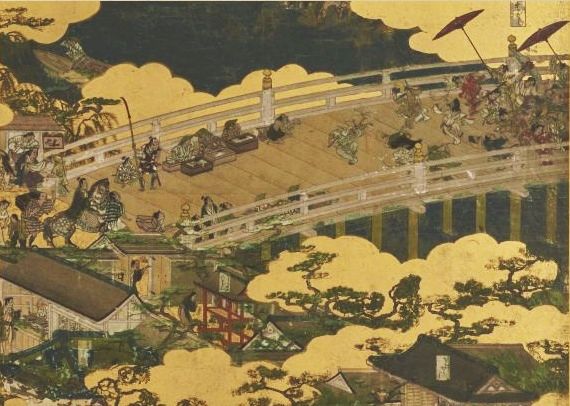 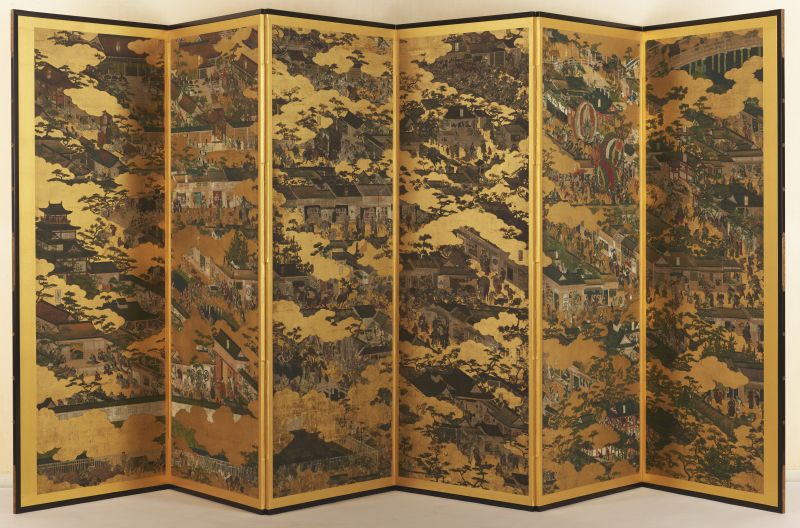 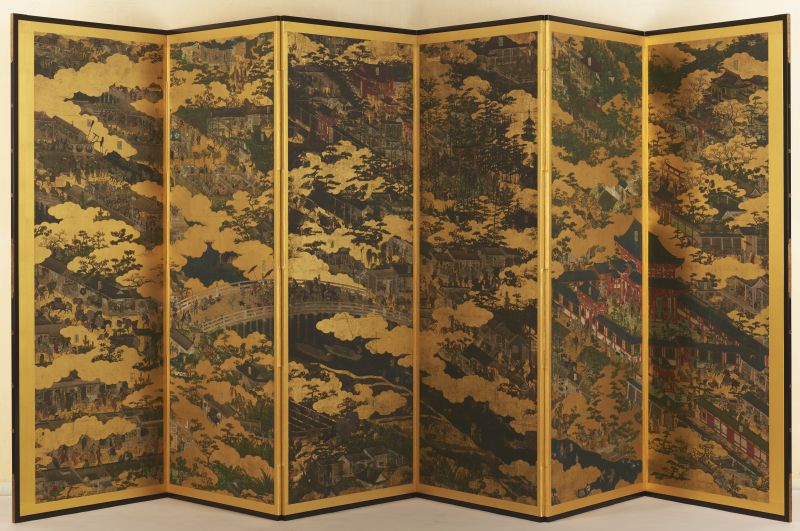 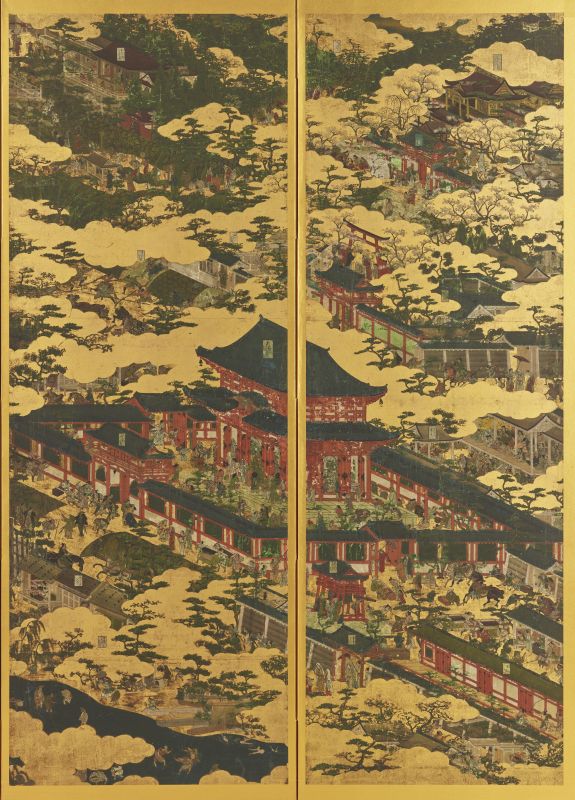 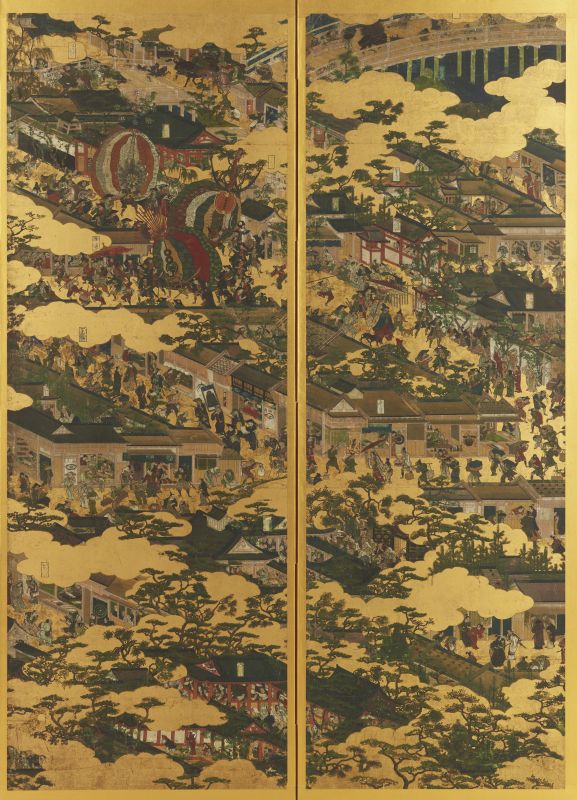 This is a set of two six-panel folding screens. It depicts central Kyoto as seen from the south. The two screens are connected by a river that flows diagonally towards the bottom right. This is Kamo River, which flows north to south through the eastern part of Kyoto. To the west of the river in the left section, lies the city center, while the suburbs lie to the east of the river on the right. The large building on the far right is the Daibutsu-den, or the Great Buddha Hall, of Hoko-ji Temple. Nijo Castle is drawn to the far left. The scene is bustling with around 2,500 people, young and old, male and female. They are depicted enjoying themselves and going about their daily lives. Take a look at the large bridge slightly left of the center of the right-hand screen, for example. This is Gojo Ohashi Bridge. A riotous bunch of revelers is crossing the bridge, perhaps on the way back from cherry blossom viewing. The procession is led by dancing merrymakers who hold fans and cherry blossom branches. At the back, a drunken man is being held up on both sides. Under the bridge, surprised boatmen look up at the commotion. As we observe the children playing, the people arguing, and the expressions on each individual face, we are drawn deeper into the world of the screens. It is also fun to try to spot famous landmarks and events that can still be found in Kyoto today. These include Sanjusangen-do Temple, Kiyomizu-dera Temple, Yasaka Shrine, and the Gion festival. These scenes were painted by Iwasa Matabei, a painter who was active from the Azuchi-Momoyama period to the start of the Edo period, around the late 16th century to early 17th century, in places like Kyoto, Fukui, and Edo, as Tokyo was formerly known. Matabei was renowned for his vibrant portrayals of people, as this work amply testifies.