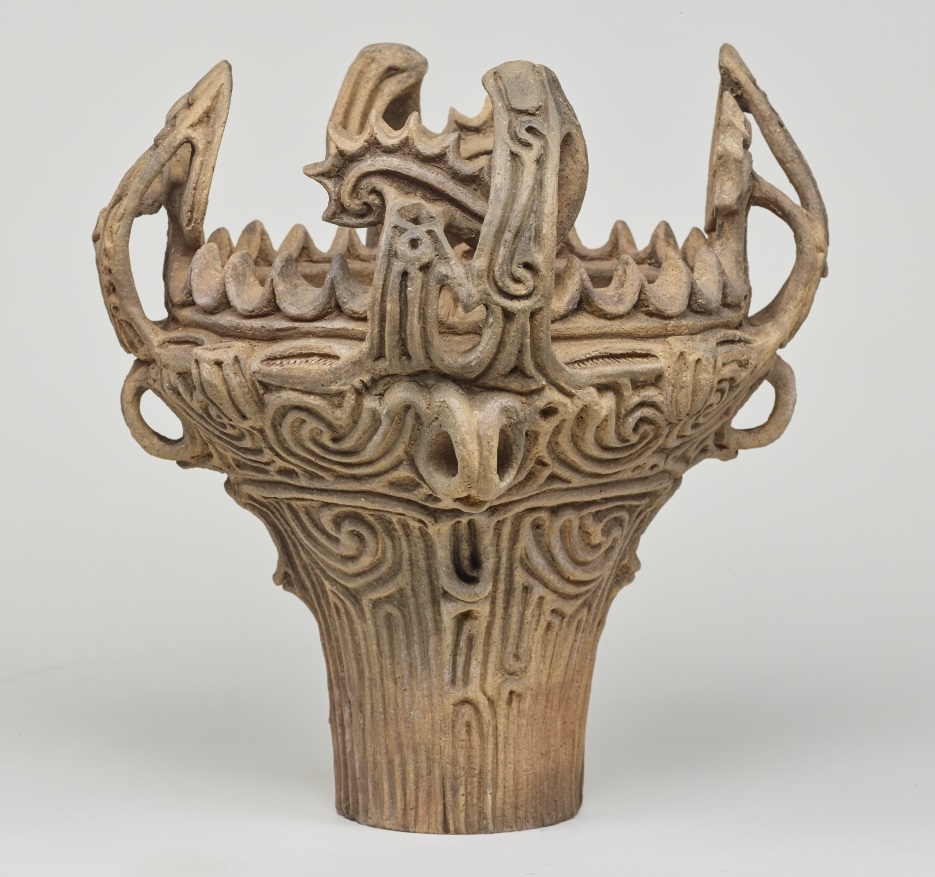 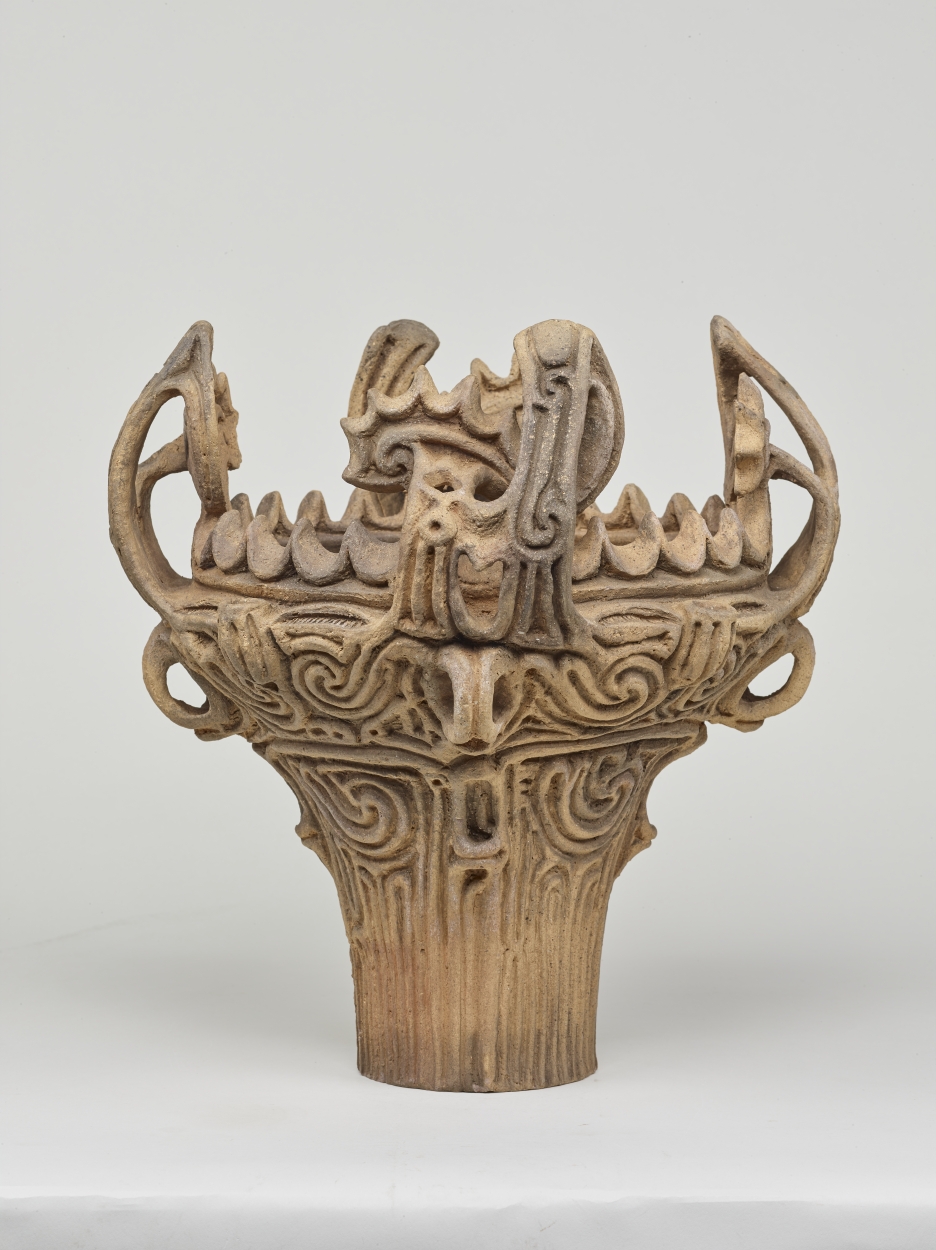 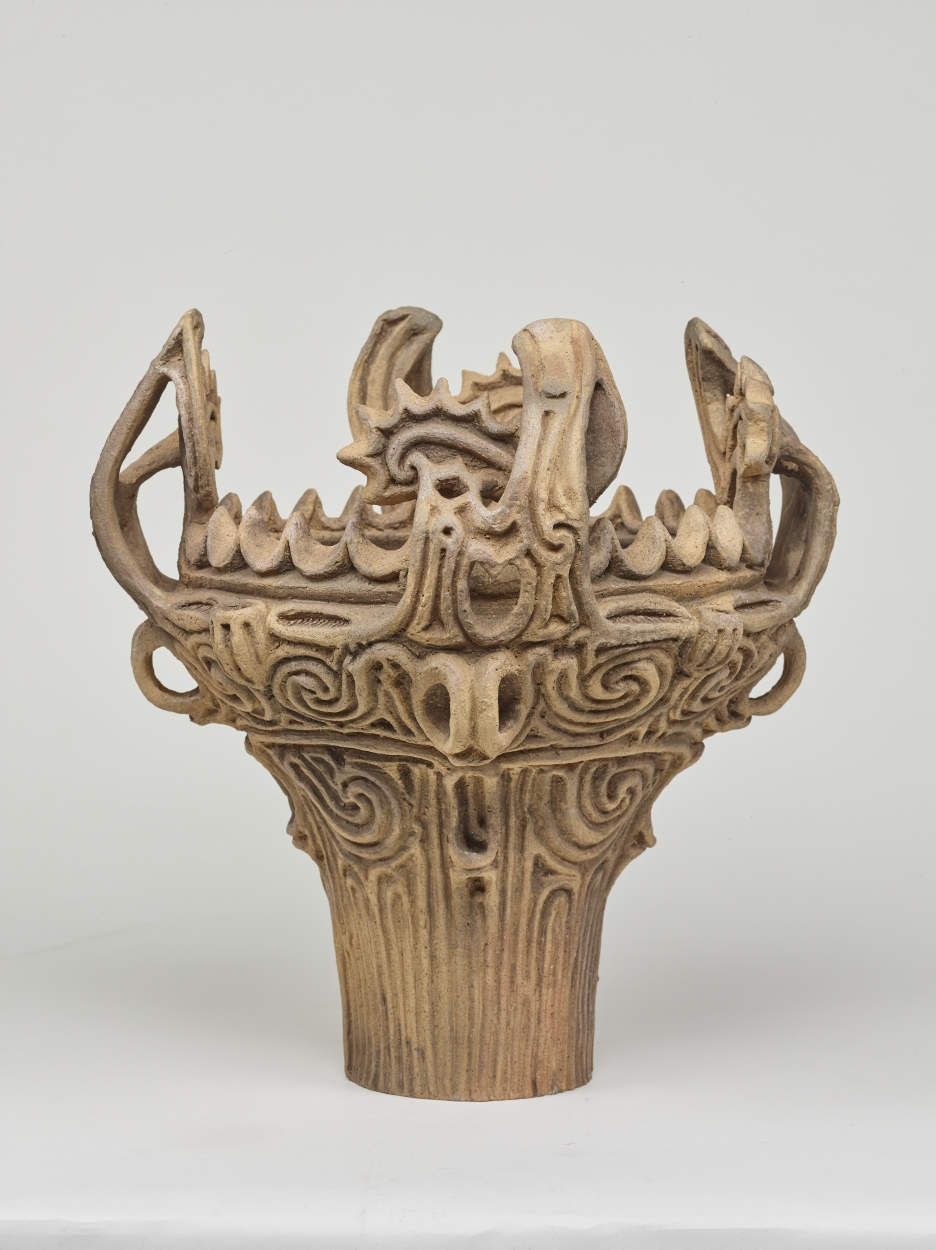 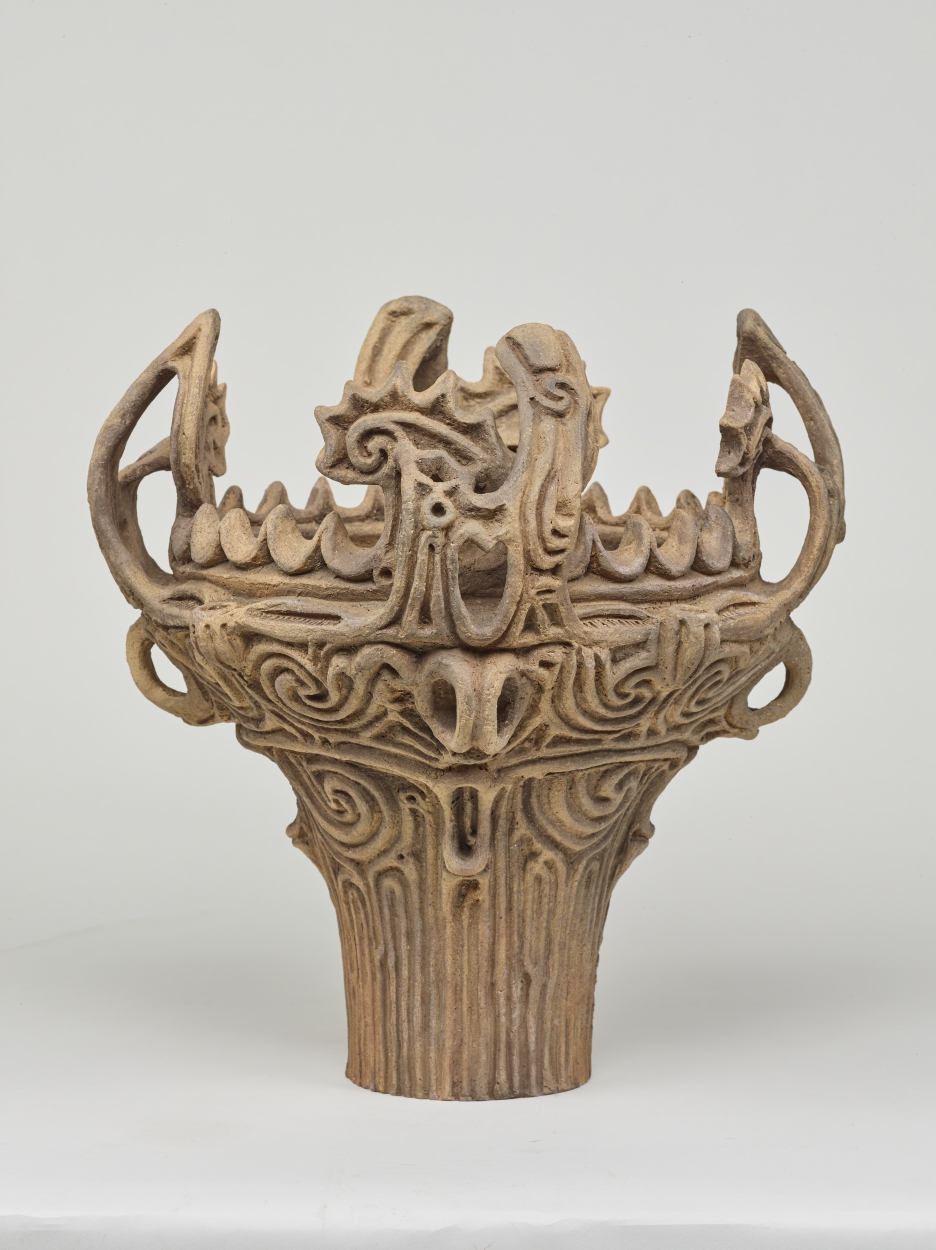 Many Japanese people have seen this kind of deep bowl with flame-like ornamentation in history textbooks. The Jomon period began around 13,000 BC and lasted for over 10,000 years. Bowls with flame-like ornamentation are the most decorative of all Jomon earthenware. They were produced during the mid-Jomon period, an era marked by an outstanding sense of form. Decorations cover almost the entire surface of this object. This led some to suggest that it was used for ceremonial purposes. However, because it contains markings suggestive of boiling or burning, scholars now believe it was used to cook nuts, berries, or meat. This bowl was excavated at the Shinano River basin in Niigata Prefecture. Many other similar objects were also unearthed in this area. It is intriguing how objects resembling blazing flames were produced in such a snowy region. The characteristic handles of bowls with flame-like ornamentation also resemble the comb of a rooster. When they made these objects, what images do you think the Jomon people had in their minds? What kind of images come to your mind when you look at this bowl?