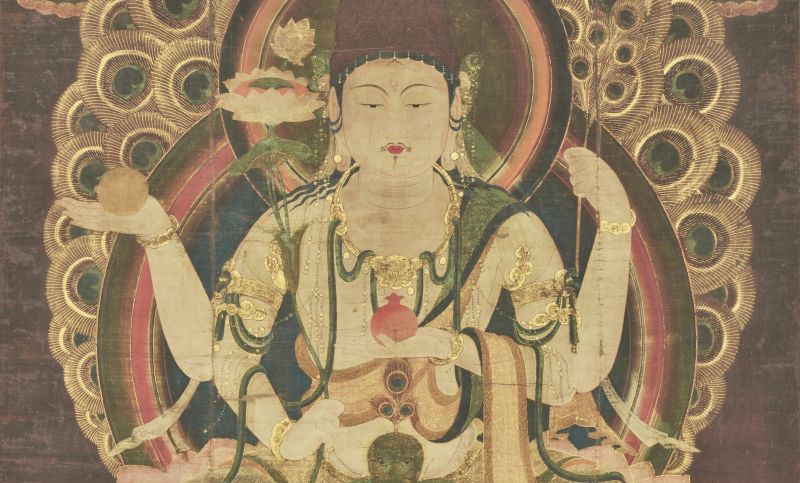 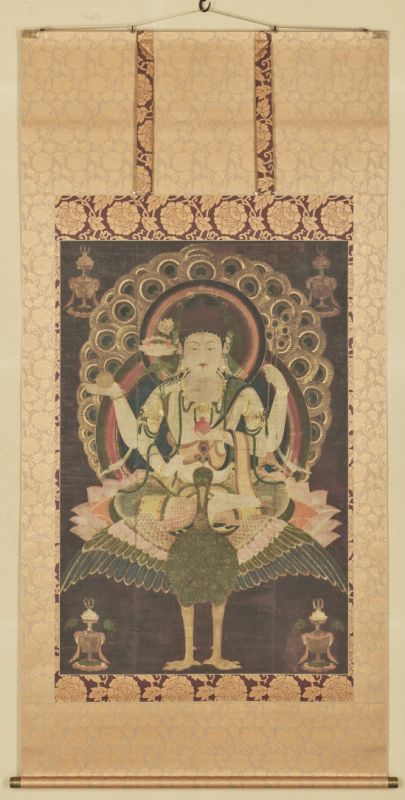 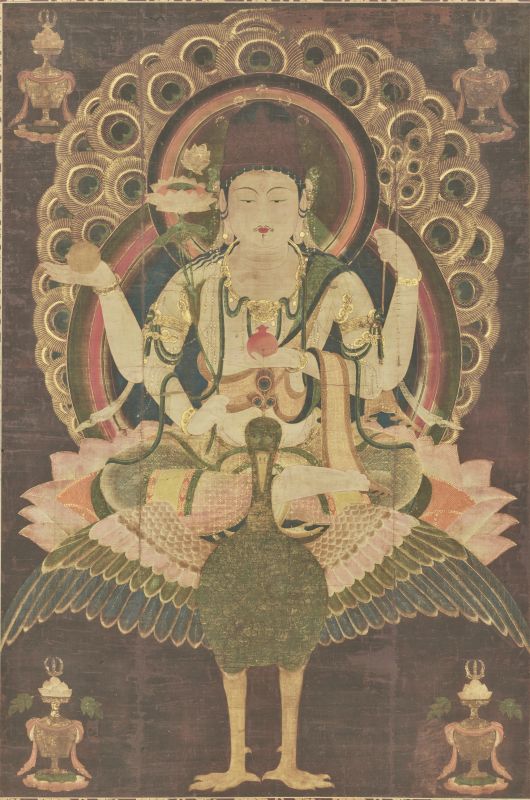 Kujaku Myôô (Skt. Mahamayuri vidyaraja) is the deified form of a peacock that eats poisonous snakes and insects. He is represented here in compassionate form, an aspect unusual for Radiant Wisdom Kings (Skt. Vidyaraja, J. Myôô). Kujaku Myôô is the principal deity of an esoteric Buddhist ritual based on the Kujaku Myôô sutras that is performed to bring or stop rain, to ward off calamities, and so on.

The Myôô sits on a peacock with a wide plume of tail feathers. In the first right hand he holds a lotus flower, and in the second right a fruit that resembles a watermelon. In his first left hand is a pomegranate, and in the second left five peacock feathers. The picture plane is filled with the Myôô and the peacock presented in full frontal pose, together with the jeweled vases placed in the four corners. In some respects, this is much like the painting style of a mandala and displays the traditional composition of works brought from China by the founder of the Shingon sect, Kûkai (774-835).

The body of the Myôô is white, to which in places faint pink has been applied and outlined in vermilion. His clearly shaded, contoured robes are in colors including peach, orange, vermilion, and green. Moreover, gold foil has been cut thinly and applied as lines to the robes, which are also studded with patterns of delicate cut gold (J. kirikane). Cut gold is also employed in his adornments and elsewhere. The peacock and the mandorla are painted with various opaque colors including green, blue, vermilion, and gold. This excellent and beautifully refined technique of color application developed during the Insei era at the end of the Heian period (794-1185).