Thirty-six Views of Mount Fuji: The Great Wave Off the Coast of Kanagawa 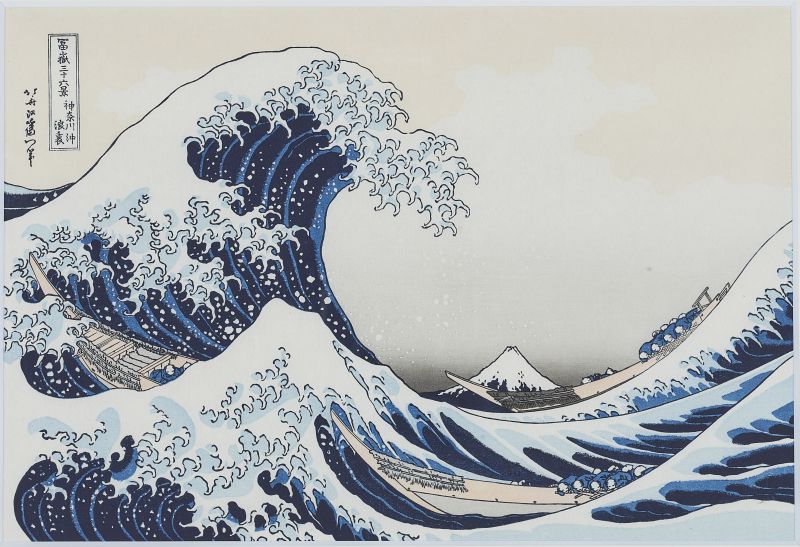 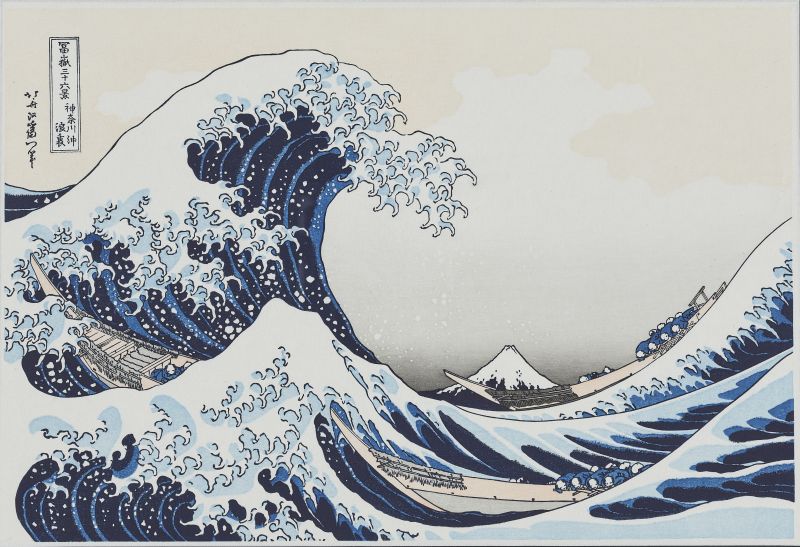 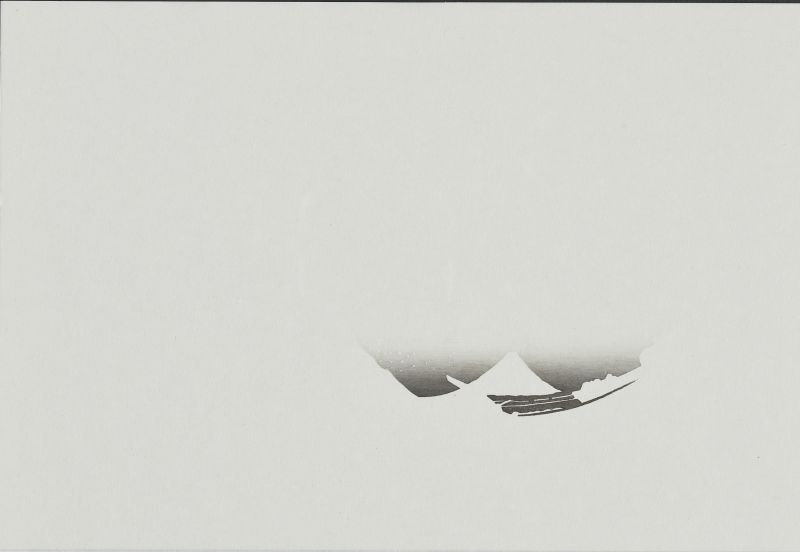 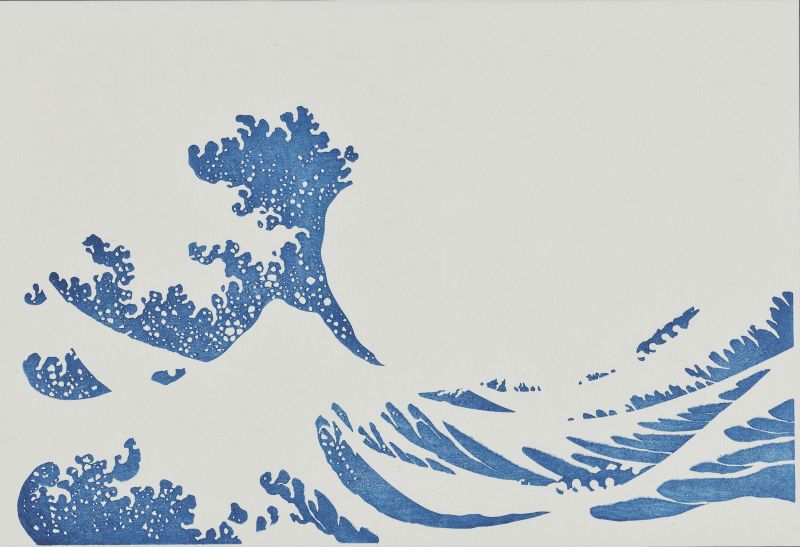 This woodblock print was designed by the ukiyo-e artist Katsushika Hokusai in the latter half of the Edo period, which lasted from 1603 to 1868. It is one of a series of works called 'Thirty-six Views of Mount Fuji.' It is probably the most famous Japanese artwork in the world and Hokusai was included in the United States' Life Magazine's '100 People in the World who Left the Most Important Achievements in the Past 1,000 Years.' With Mount Fuji in the background, a huge wave unfurls against a dark sky that hints of an approaching storm. Boats with many oarsmen are swept up in the waves. In real life, boats like this wouldn't stand a chance in waves this big. The artist has probably eschewed realism in favor of a more exaggerated, dramatic representation. The contrast between the violent dynamism of the waves and the calm, triangular shape of distant Fuji give perspective to this work. This print and other early works in the Thirty-six Views of Mount Fuji series often feature 'Berlin Blue,' a pigment that was introduced to Japan from Europe during this time. As such, these works speak volumes about Hokusai's interest in the latest things of the time.