Outing in Mountains and Fields 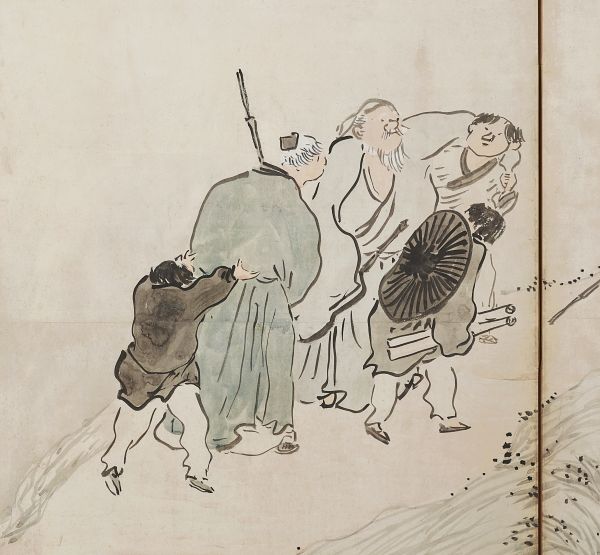 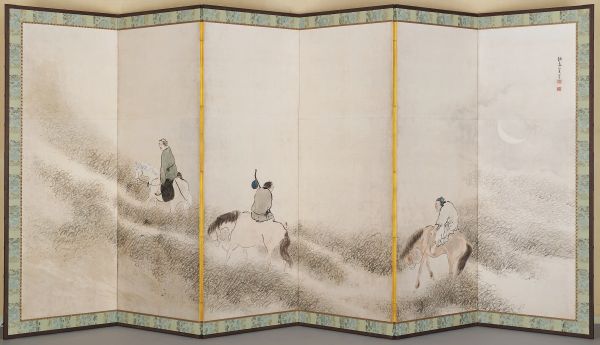 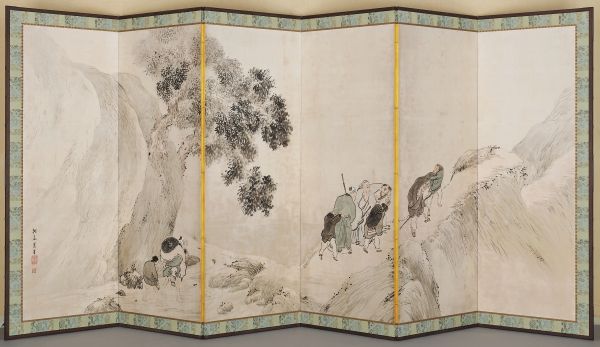 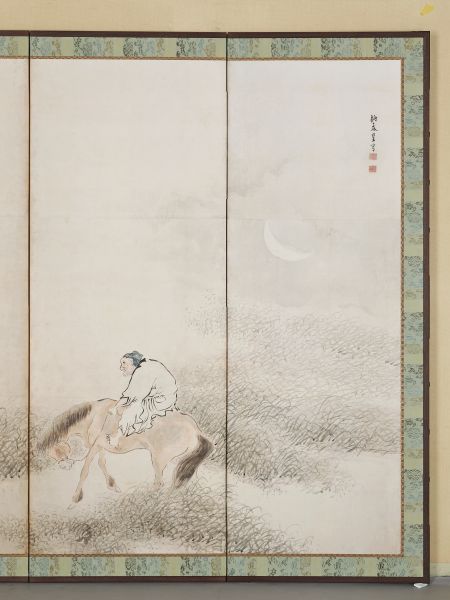 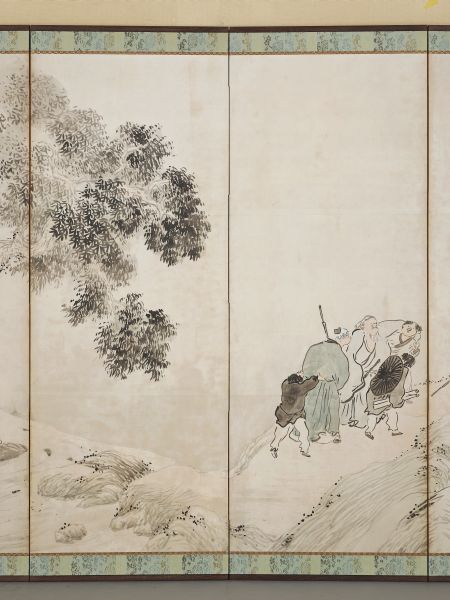 This set of two folding screens depicts travelers traversing rolling hills. The right-hand screen shows three men on horseback trotting along a moonlit path as dawn breaks. The left-hand screen features four old gentlemen crossing a stream and ascending a steep mountain with the aid of young servants. The scenery and human figures are portrayed using ink and light translucent colors. The viewer can almost sense the rustle of the wind and the freshness of the air. Yosa Buson was a poet and painter active in the latter half of the 18th century. He painted this work when he was in his late fifties. Buson started off as a writer of haiku poetry and he later began painting simple pictures to accompany his poems. In doing so, he created haiku pictures infused with a sense of individuality. Despite his success in the painting world, Buson never lost his love for poems and he incorporated the distinct charming lightness of poetry into his painted works. This picture has a Chinese theme, but the characters are portrayed in humorous fashion rather than as formal, eminent figures. The work is filled with poetic sensibilities and a delicate lyricism. Rather than focusing too much on the details, it is perhaps best to stand before it and allow yourself to get swept up in its generous atmosphere.