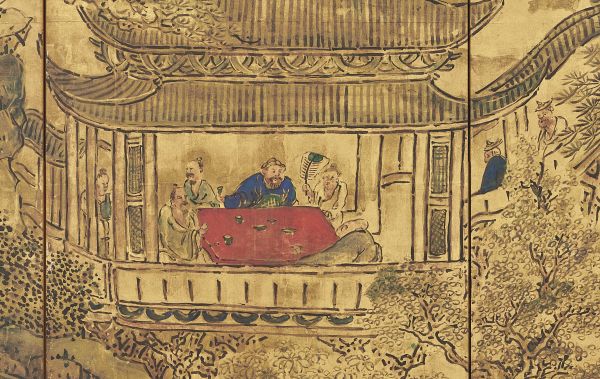 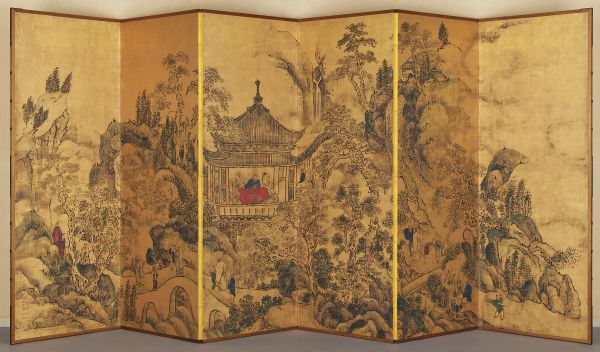 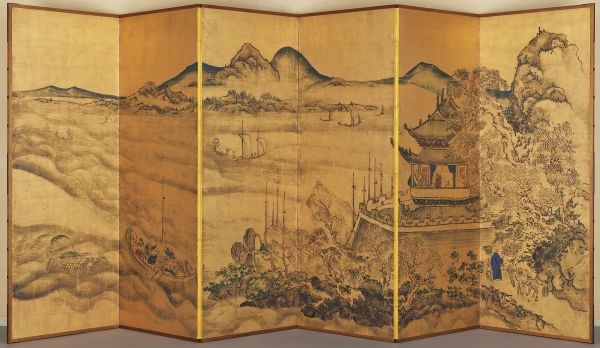 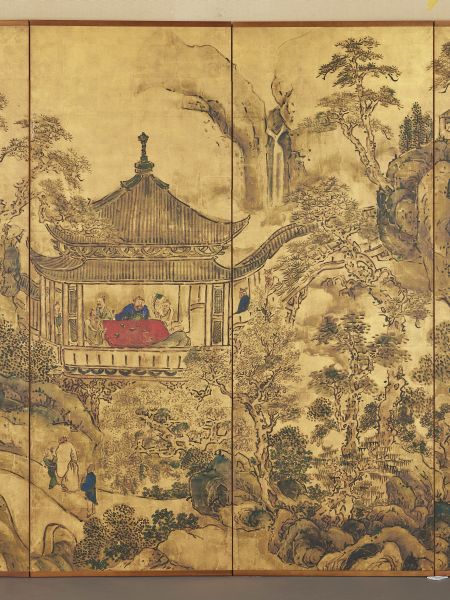 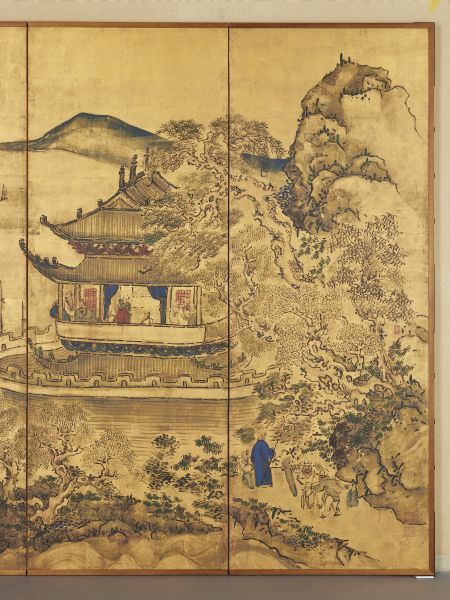 This pair of folding screens features two famous scenic areas in China. The right screen depicts Yueyang Pavilion, a building on the shore of Dongting Lake, while the left screen shows Zuiweng pavilion, located in the mountains of Anhui province. These are based on two scenes from an album of paintings from Qing dynasty China, which began in 1644 and ended in 1912. Several people have gathered at the top of these buildings to stand amongst the stunning nature and enjoy the tranquility. On a ground of gold foil, the artist had dynamically sketched scenes of nature using sumi ink and translucent pale green hues. This is complimented here and there by vivid ultramarine, vermillion, and verdigris tones. The painter, Ikeno Taiga, was active during the Edo period, which lasted from 1603 till 1868. Many painters at the time were drawn to modern Chinese culture. Taiga was one of these and his works were influenced by Nanshuga, a style of literati painting from Ming and Qing dynasty China, a period between the mid-14th to early 20th centuries. Though Taiga never travelled to China, this work of imagination is infused with his longings for the Middle Kingdom. Try to imagine yourself stepping into this world to enjoy a chat with these merry people.