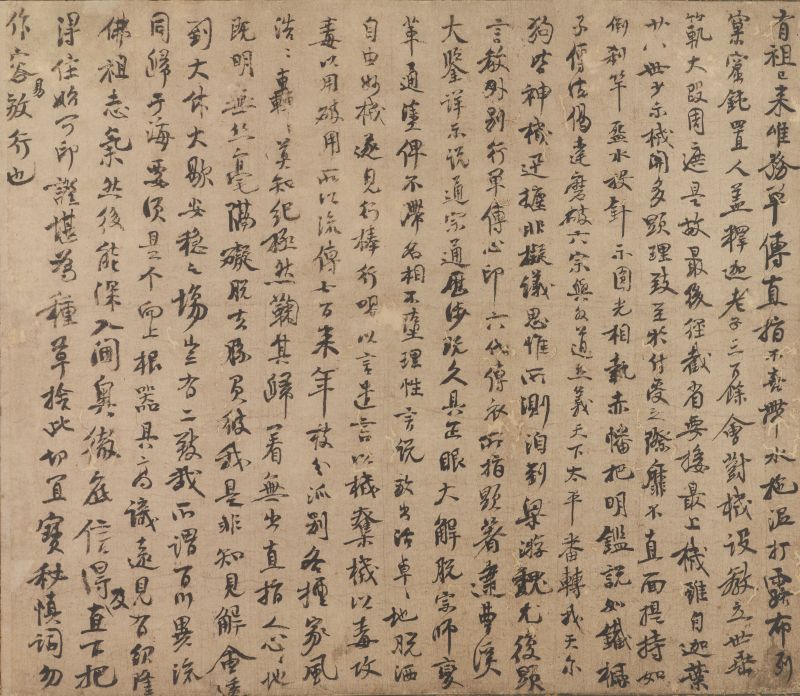 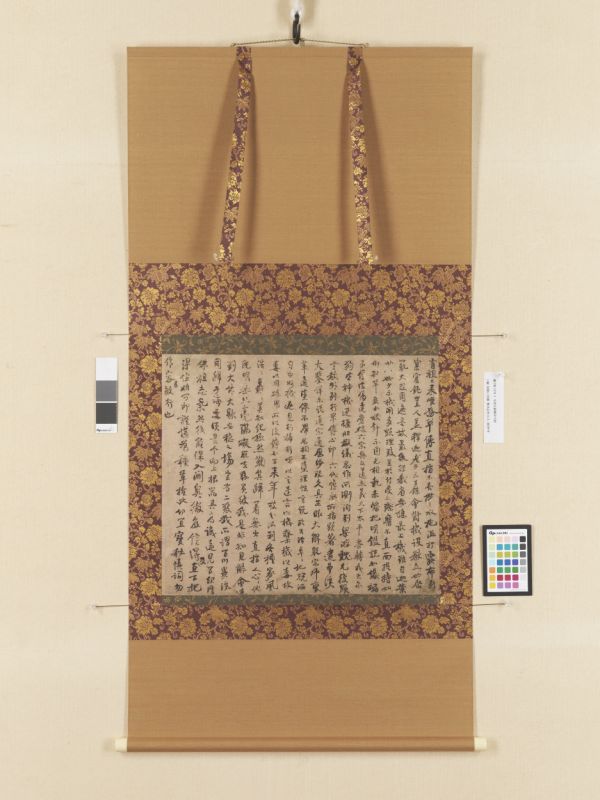 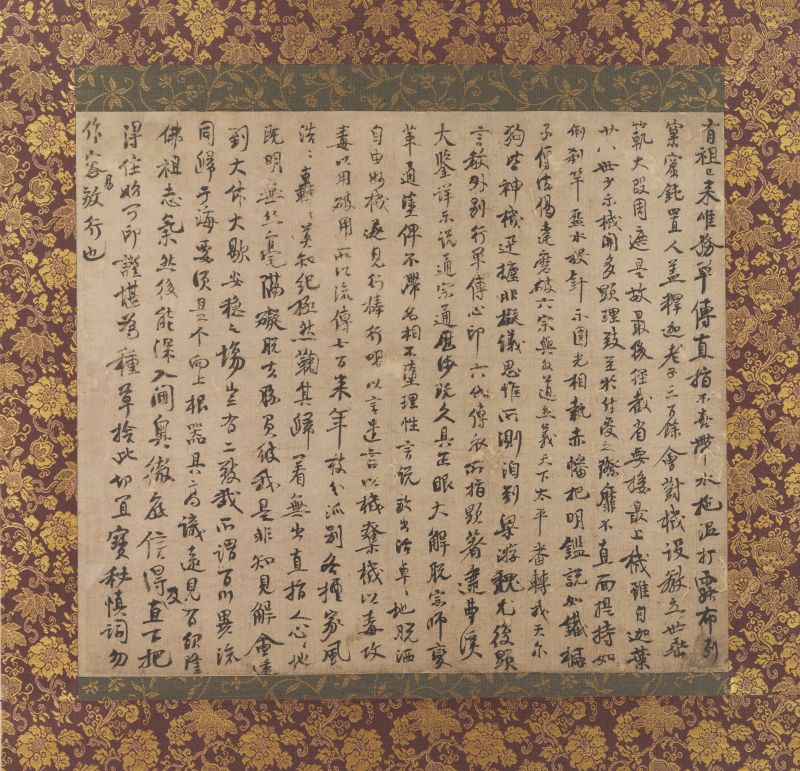 Zen is a branch of Buddhism where emphasis is placed on things learned through meditation. In Japan, the calligraphy works of Buddhist monks are referred to as bokuseki. This work was written by the Chinese monk Yuanwu Keqin as the first half of a certificate of dharma transmission for his apprentice Huqui Shaolong, to certify that he had received the teachings of Zen. The document explains how Zen came to China from India, where it branched off during the Song dynasty, and the spirit of Zen. The writer, Yuanwu Keqin, was a leading Zen monk of the Song dynasty who was highly respected by Emperor Huizong of the Northern Song dynasty and Emperor Gaozong of the Southern Song dynasty. He also had many disciples who became well-known monks, such as Dahui Zonggao and Huqiu Shaolong. The unburdened, carefree style of writing contrasts with the refined elegance of the words, conveying the strict training through which the monk had passed. This is one of the oldest calligraphy works done by a monk in existence, and, partly due to the high standing of the writer, it has long been a highly esteemed work, even passing through the hands of well-known masters of the tea ceremony. Zen ideology and the art of the tea ceremony are closely linked, and bokuseki became essential as hanging scrolls to decorate tea rooms, highly valued by famous masters of the tea ceremony. Legend says that this work washed up on the Bonotsu Coast of Kagoshima in a tube of paulownia wood, which is how it gained its other title as the “The Drifted Work of Keqin.”