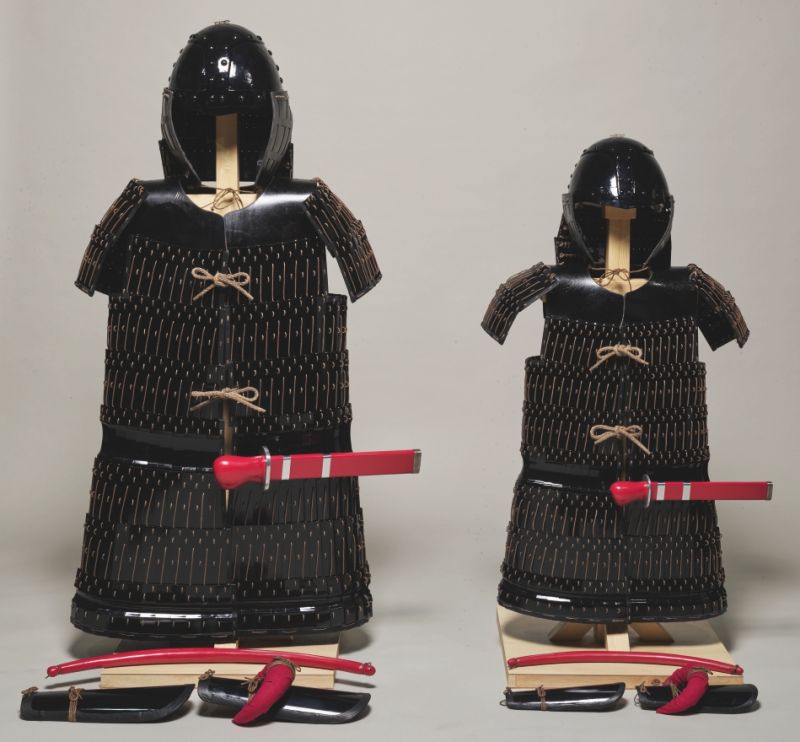 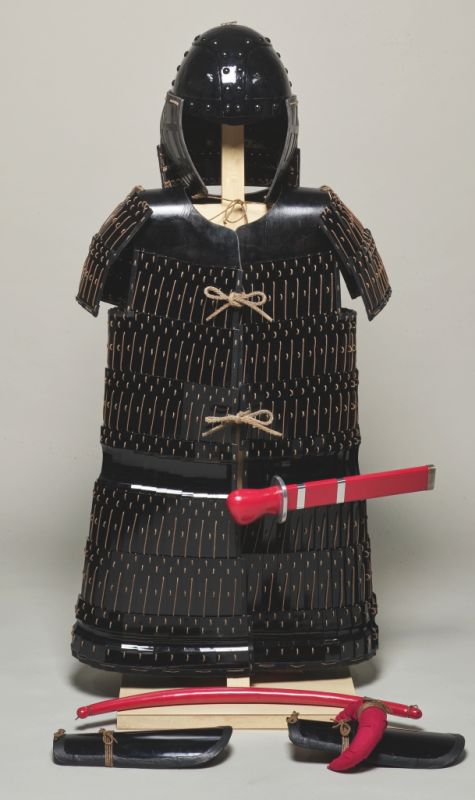 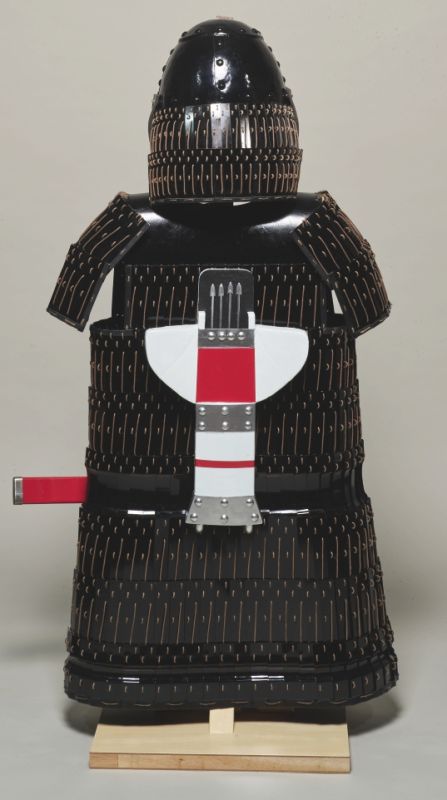 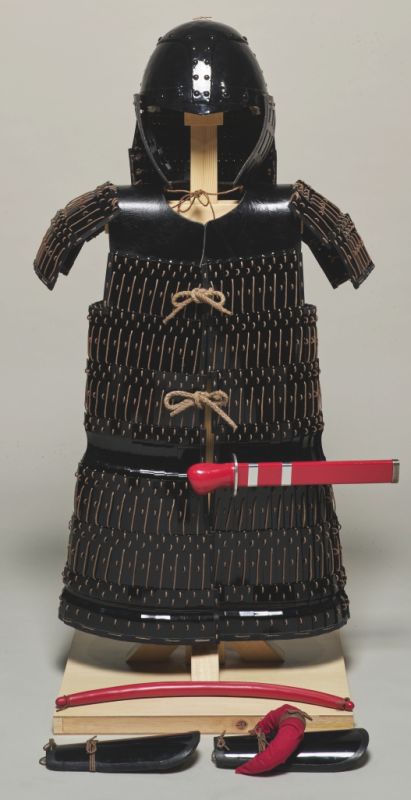 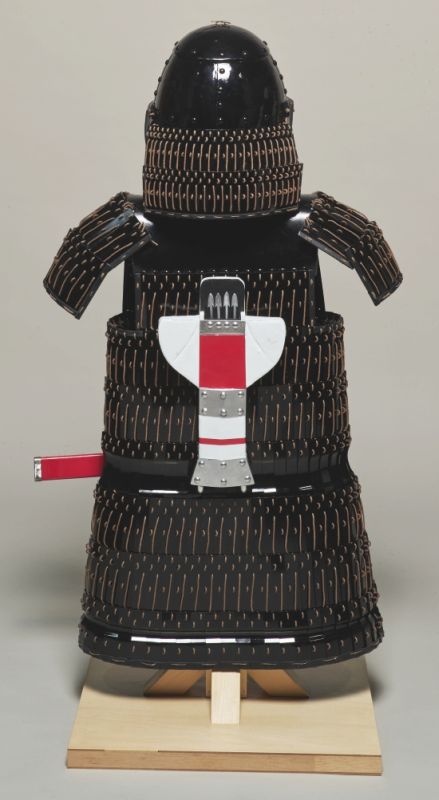 This armor-clad haniwa (burial-figure) warrior is armed with a sword, a bow, and a quiver of arrows. Its high level of detail provides invaluable insights into the arms and armour of the warriors of eastern Japan in the late Kofun period (c. 250-c. 600).

The haniwa warrior wears a visorless keeled helmet (J. shôkakutsuki) with protective flaps on either side of his face and behind his head. The small buttons on the helmet show how it was made of small iron plates riveted together. The armor, a type known as keikô (literally, "hanging armor"), consists of small panels of iron laced together. The detailed modelling shows all the features of the armour, including padded guards for the shoulders, knees, forearms, and legs, and shoes. The warrior's right hand holds a sword slung from his waist, while his left hand holds a bow. Tied just above his left wrist is a device to protect his hand from the bowstring. The arrows in the quiver on his back have their heads pointing upwards.

The ten loop ties that are visible show how the armour was fastened-the knee- and leg-guards from behind and the main body from in front-with a slight overlap from left to right. Short sleeves protrude from below the shoulder-guards, while the forearm-guards are worn directly on the skin. The face has a tranquil expression and the body as a whole is well balanced, indicating that the figure was produced by an accomplished artisan.

Several other examples of high-quality haniwa warriors with similar features have been excavated in the vicinity of Ôta City in eastern Gunma Prefecture, suggesting that a center for haniwa manufacture existed somewhere in this area.