Birds and flowers of the four seasons 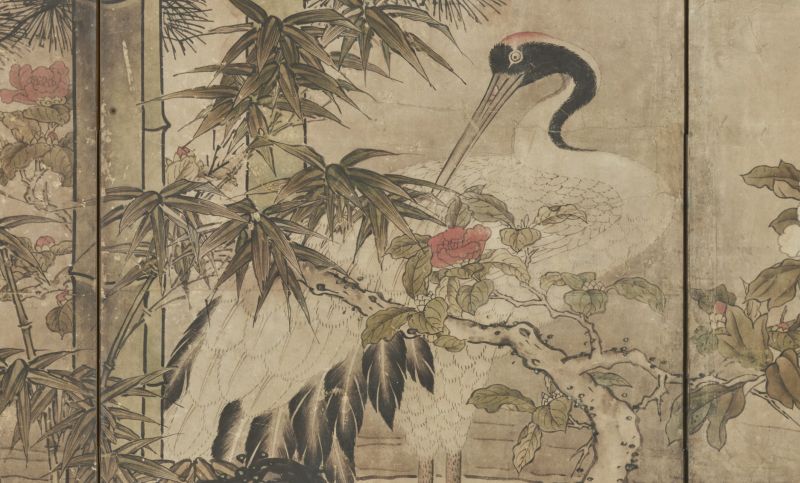 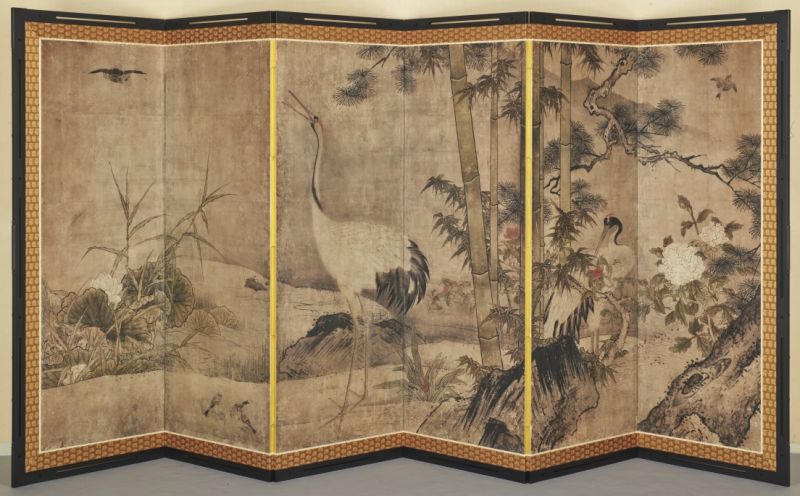 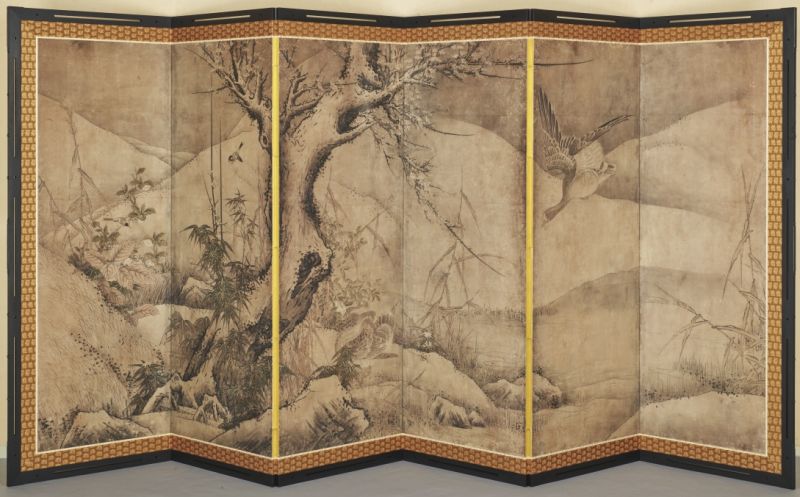 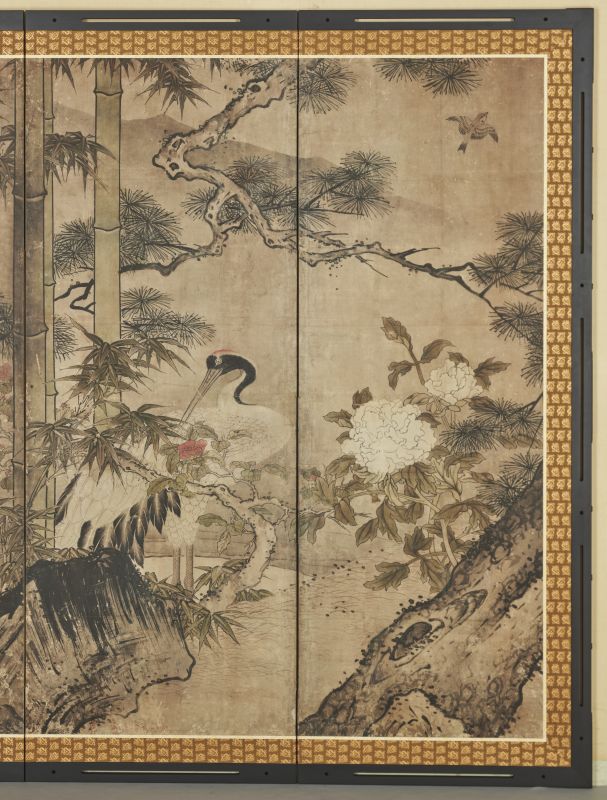 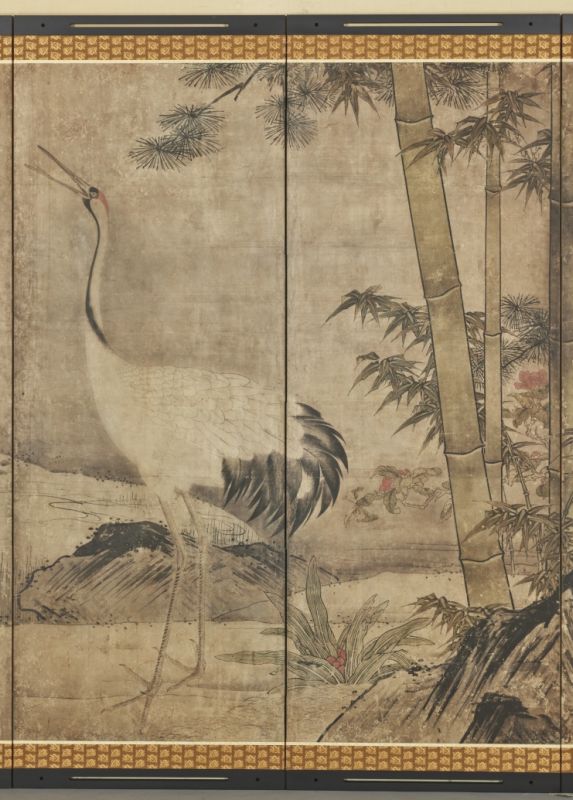 There are over ten versions of folding screens with birds and flowers of the four seasons that are praised widely as having been painted by Sesshû, including the Kosaka clan's version and Maeda ikutoku kai version that show a classic artistic style closest to the sprit of Sesshû. They are, however, different in the stroke of the brush and composition; it is assumed that many of them were actually created in the generation of Sesshû's disciples. This work places flowers, trees, birds, rocks etc. flatly in the front, and thus lacks sense of depth. Moreover, a large plum tree is placed in the center of the left screen, which is a characteristic not seen in the two versions above. These characteristics show a new trend eventually leading to the style of painting on Japanese screens in the Momoyama period, and indicate a beginning transformation of paintings of birds and flowers of the Sesshû school.